Previous Next
CROiSSanT The Univaesity of Tokyo

This research organization creates an interdisciplinary collaboration characterized by its academic excellence and variety, transcending the conventional scientific departments or facilities. Through developing the agile project to probe small asteroids, reinforced by superiority of the university, it contributes to extensive promotion of space science and technology, and cultivates next-generation human resources who strongly advance the flagship projects of Japan.

The Graduate school of Science, the Graduate school of Engineering, and the Graduate School of Frontier Sciences are the core parts to form this collaborative research organization, where their activities in research and education in the field of space science and technology stay in the highest level in the world. The organization constructs a collaborative system on an equal footing not only with other domestic scientific organizations but internationally with overseas organizations, some of which could be industrial organizations as well. Through making the university’s activities more visible and palpable, it also aims to be a world center of space science and technology including development of ultra-small planetary probes.

Mission 1
To promote a more agile and flexible project for small planetary probes transcending the conventional framework of researches and to aim to eventually create novel scientific fields
Mission 2
To advance collaboration with industries, intending to establish collaborative frameworks with other Japanese and overseas research institutions on an equal footing
Mission 3
To educate students for them to enrich their talent endowed with academic excellence and rich variety so that they will play a leading role in future space science and technology
What’s New
2020年11月29日 News

March 9, 2020: “Symposium Commemorating the Establishment of the Collaborative Research Organization for Space Science and Technology” will be held.

October 1, 2019: Collaborative Research Organization for Space Science and Technology, the University of Tokyo was established. 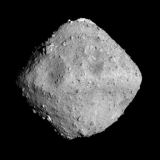 Request for Support
This organization requests your donations to promote space science and technology in a sustainable manner.
View the Details